Oh god, I am so going to get pornspammed to hell with a title like that… XD

So I trawled around Mesh Body Addicts Fair today, on the hunt for anything new and interesting. And yes, I’m still on the fence about mesh heads, despite this post being all about one of them. They won’t ever replace Skell’s system phiz, but I suspect that I’m going to treat them like fashion accessories: to be worn with a specific look, to get a specific effect. I think that’s going to be the perfect compromise for me.

So I picked up a new mesh body, and two new mesh heads at the fair. The body was the Adam one (as was one of the heads) and the other head was Hugo by GA.EG. And I really  like this one. It’s got one helluva jawline, it’s a little haughty, and a bit less cheeky/sardonic than my other mesh head (CATWA’s Jackson). The head itself costs L$2500 and comes with several base skintones. I’m wearing one of the base skintones for these pics; they really are that good. A full set of hairbase add-ons costs L$280, with a full pack of Omega applier body skins (both with and without body hair) for $720 and Omega appliers for hands and feet (again, a full pack) at L$240. These are supposed to work with Slink hands and feet, but I couldn’t get them to work at all. I’m wearing the newest version of Slink’s male hands, which are Omega compatible. I even reinstalled Omega while wearing everything, but still no dice. I’ll try again in a few days before I contact GA.EG’s customer support, since I may have been having lag or script issues. Anyhow, I didn’t play much with the head’s features, since I was demoing a lot of other stuff that I bought, but it comes with an impressive amount of extras. (And, of course, now that I’ve logged out of SL I can’t remember them all. DOH!) Rigged and unrigged mesh ears are included, plus the main HUD and a smaller HUD just for the emotes. You get some good basic emotes and eye positions, but I like the stern basic one. I also love that there’s a finer eyebrow option than many of the other male mesh heads that I’ve seen. I know you can get eyebrow add-ons for many mesh heads, but this is in the default set, and that’s a really nice touch for those of us guys who don’t want big furry caterpillar brows ;-) A note about Mesh Body Addicts Fair itself. It was pretty busy when I went, and quite laggy, but I found it to be great for camshopping. Very simply laid out, so you can ALT-click your way around the two sims without even moving (or getting lost and wondering if you’ve gone down that section, or that one, and fuck it, where the hell did you start again? Etc.) As expected, most of the content is for the ladies, but there’s a few nice male-specific items, and (of course) I loaded up on nail appliers and makeup ;-) Finally, here are a couple of fully-lit studio shots: 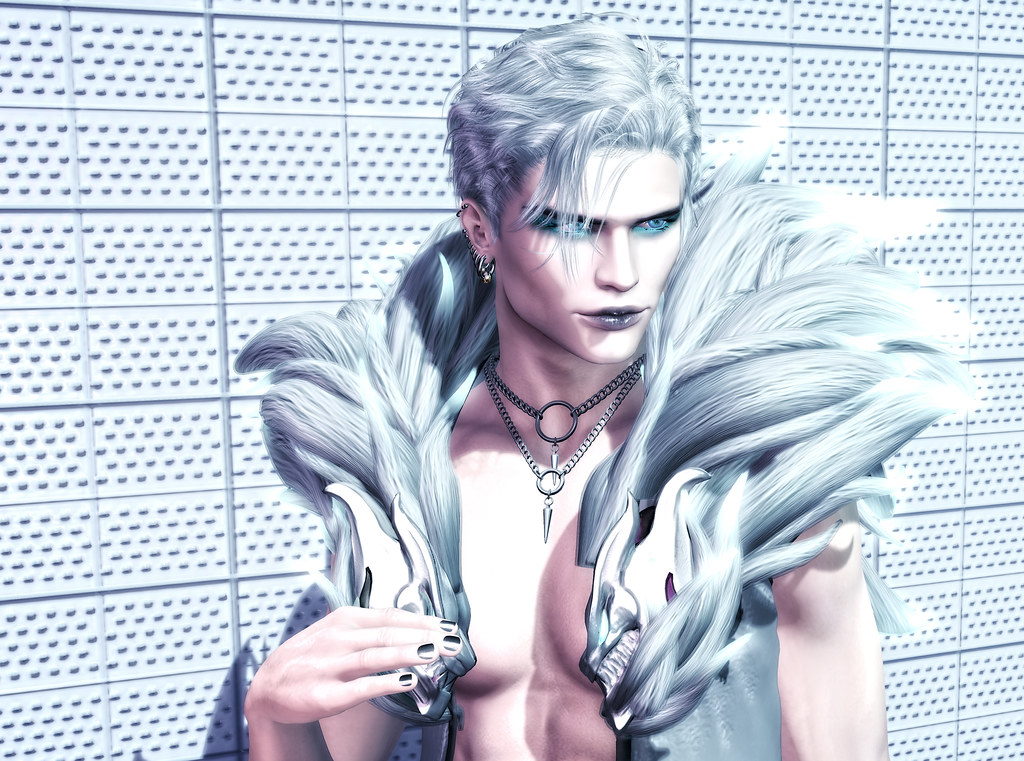 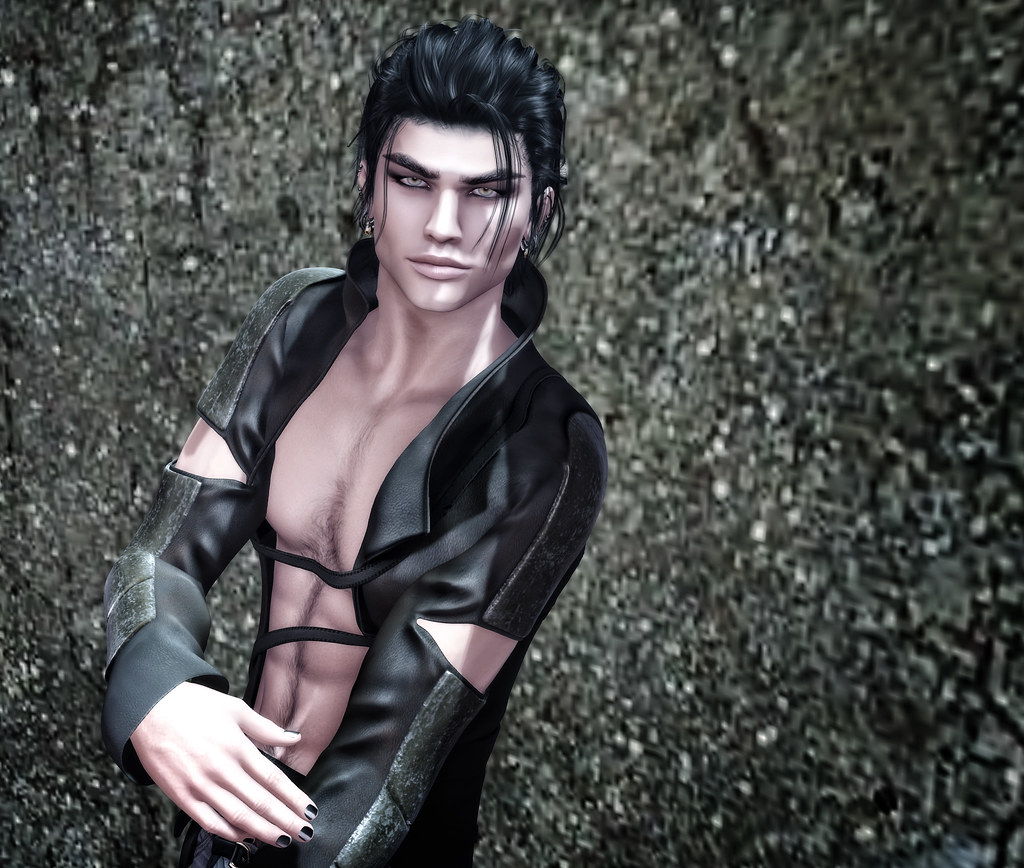 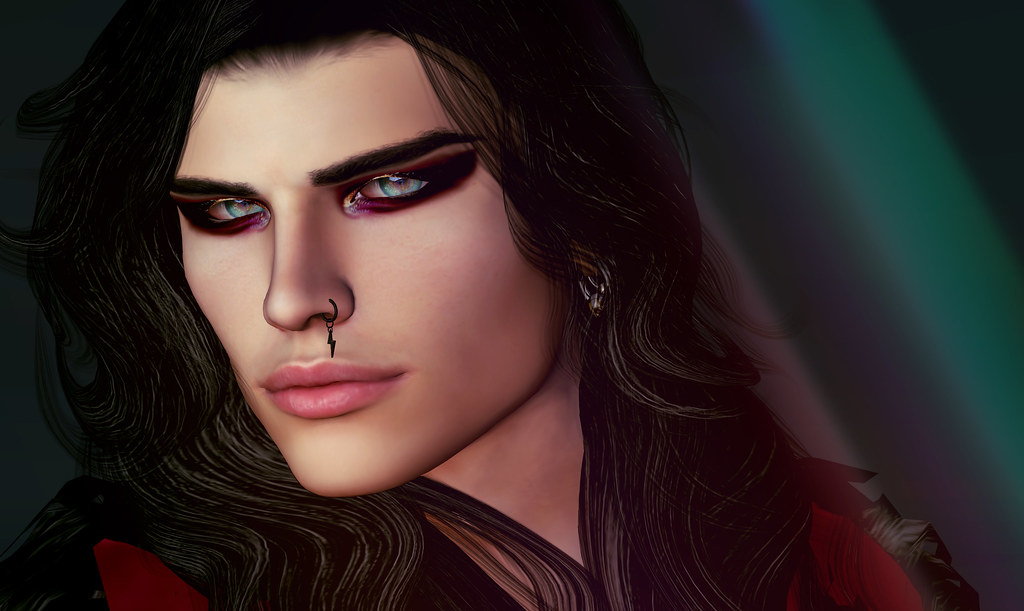 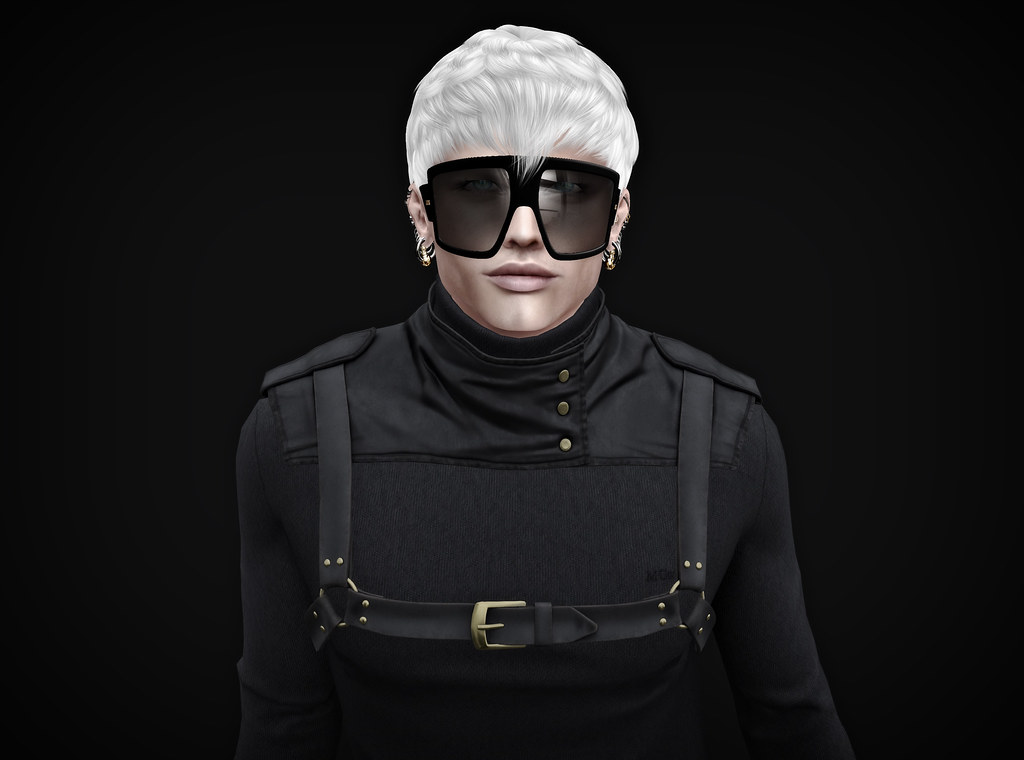 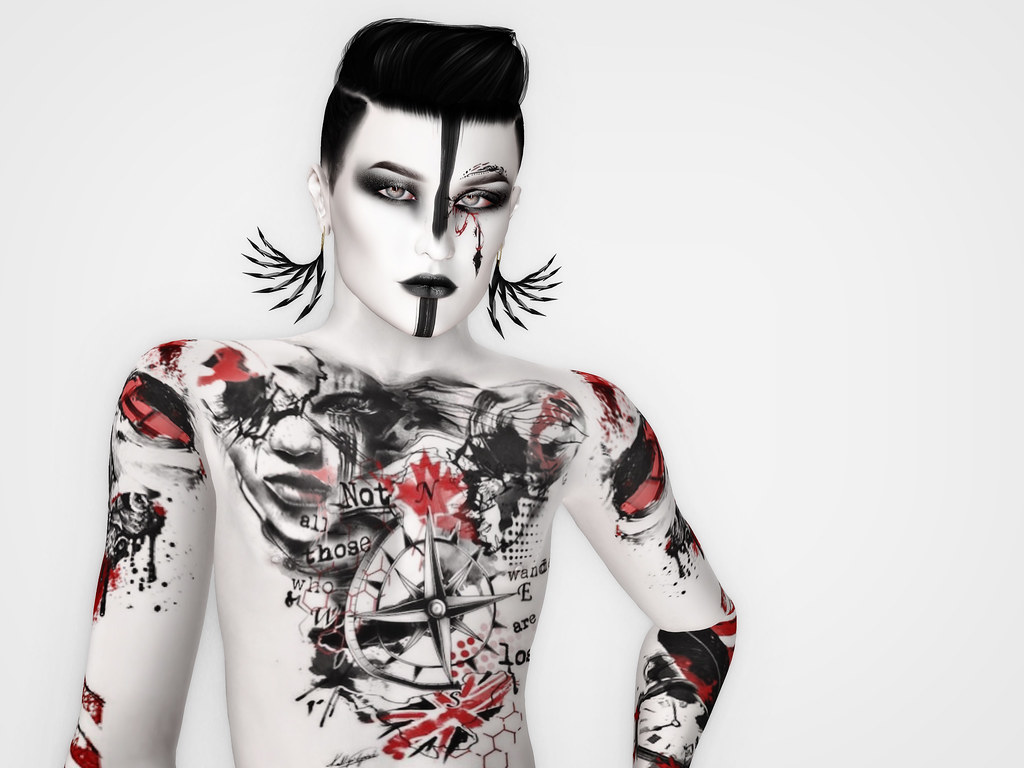 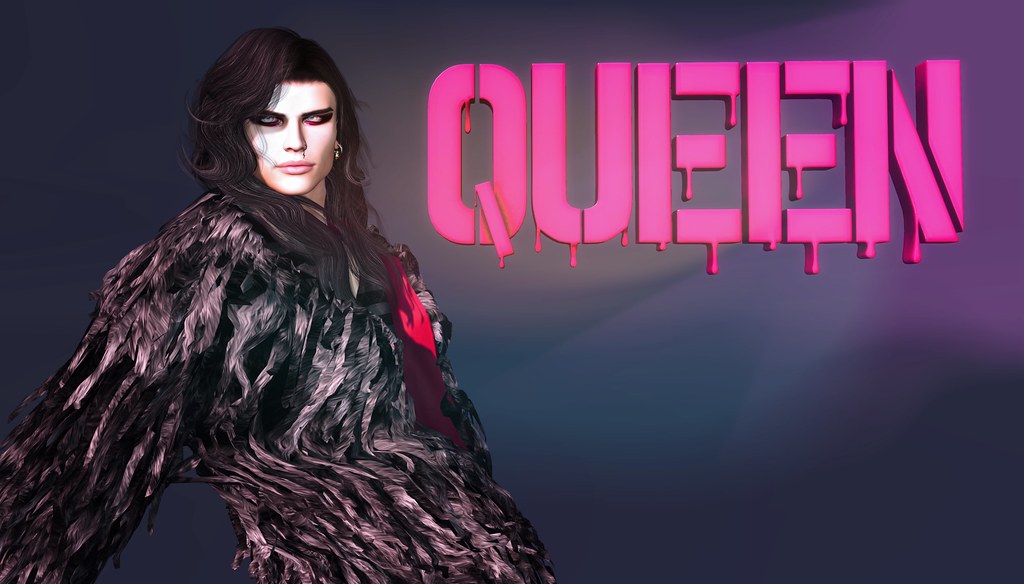 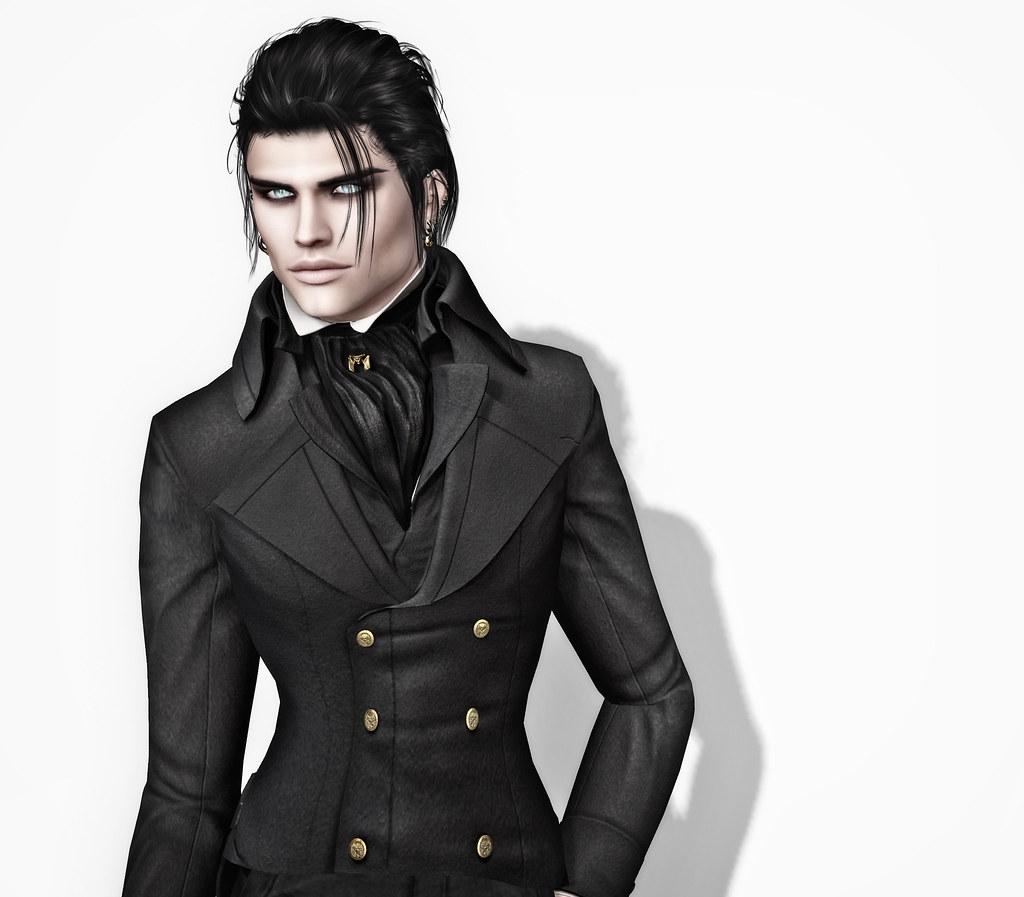