UPDATE: No longer active, since Venexia has closed down.

Character sheet and further info for Skell Dagger in VENEXIA

Clan
L’Ombra, the Paesani freedom fighters of Venexia. Humans of the underground, fighting for survival and their rightful place as inheritors of the Earth.
Info: L’ombra @ VENEXIA

Knowledge
Herblore. Knowledge of the healing properties of plants and ability to concoct basic healing balms and potions. Also manufactures his own recipes of smoking herbs.

Weapons
Throwing knives, whip, long dagger hidden in right boot, not afraid to get down and dirty with his hands (all fully roleplayed, since I don’t use metered combat). Often underestimated because of lack of visually-obvious weapons (and that’s exactly what he wants). See that shadow by the bridge? That’s not me. Or the flicker of… something just out of the corner of your eye? That’s not me, either. If you see me, it’s too late. Think you’re fast, O Great Fanged One? I’m faster.

I see you. I see everything you do, and you bet your immortality that I’m damned good at it.

No. Wait. Betting your immortality? *tsk* Silly thing to do around here…

Hand over hand on a slippery rope is never easy, especially when you’re still half-asleep. Skell hauls himself over the gunwale and onto the deck of the Redemption. Fucking boats. Give him dry land anytime. He nods to the man standing aft, before ducking into the cabin to see if the Boss (or, more likely, Daros) is around.

James shakes his head, returning from his daydreaming he wanders towards the new face. “Welcome back,” he folds his arms over.

Skell sighs. No sign of Daros. “Aye,” he says. “Back. Been watching for long? Anything happening over there?

“He was here earlier if I recall.” James takes a few steps to stand behind the Captain’s wheel. “We had a Cain in the cage not long ago…it was…entertaining I suppose.”

“Huh.” Skell eyes the now-empty cage. “Did it taste good?” He shifts an amused glance toward the other man, then grins. “Skell, in case Daros hasn’t mentioned me.”

James “Hmms, He may have mentioned your name…but I’m afraid I’m awful with names.” he smiles slightly before turning to look out towards the city.

Skell doesn’t miss the lack of return introduction, but no sign of it registers on his face. One thumb flicks open the button on the small pouch at his belt and he digs inside for something. “He said something yesterday about a job, though buggered if he’d tell me what it was.” He pulls a small clay pipe from the pouch and peers into the bowl.

James hmms, drawing a hand slowly through his hair, tidying it up just a little. Gesturing with a nod of his head towards the Docks. “Ahh, now I remember. He suggested your name to run the Fish Stall…it is an important source of food for us…considering where we are now situated.”

“Fish,” Skell says slowly, almost under his breath. He laughs, shaking his head with a rueful smile. “No wonder he wouldn’t tell me what it was.” He makes as if to knock the pipe against the balustrade then thinks better of it, striding to the gunwale and tapping the bowl against that instead. Then he pulls a smaller leather pouch from his belt pack, opening it and taking a sniff. His face brightens.

James sighs, head tilted as he turns back to Skell. “Better you than me,” he smirks, “I’m not much one for manual labor…or fishy..slimy things.” he added with little emotion. Free hand shifting down to grasp the handle of the whip coiled at his waist, “I’m better suited for other things.”

“Believe me, so am I.” Skell pinches out a generous thumb-and-fingerful of sharp-smelling herb, rolling it into a soft ball before pushing it into the bowl of the pipe. “I think that if I eat much more fish I may develop scales.” He holds out the pouch. “Smoke?”

James shakes his head, waving his hand in dismissal. “That stuff will not help you should you come toe-to-toe with one of them.” He takes a deep breath in as if emphasizing his point. “Considering that the Jakaal are out for our heads…we need to be ready at all times.”

Skell just laughs as he shoves the small pouch back into his belt pack. “This is not the sleepy stuff. This–” in exchange for the pouch he now has his battered tinderbox in his hand, “–is my ‘Wake the fuck up, Skell’ concoction. Rosemary and peppermint. Clears the head, doesn’t thicken it.” He strikes the flint a couple of times until the spark catches the herb in the bowl of the pipe and a soft curl of clean-scented smoke curls up.

James shakes his head, “I will just be keeping myself clear of as many things as possible.” he smirked, “Thank you for the offer however.” Folding his arms over his chest, hands still playing with his hair.

Skell nods, pushing the tinderbox back into the pack and thumbing it shut again, one-handed. He leans forward, one elbow on the gunwale, looking out over the city. The breeze stirs his hair and is damp on his face. “Got my eye on that house over there,” he says softly, nodding to a fine place just past the Basilica. “When it’s eventually ours.”

James hmms, “Well, once it belongs to the Pae I suppose it will be safe enough, though I don’t think Daros feels too comfortable about it…just seems to emanate from him whenever B speaks of taking the docks.”

Skell draws slowly on the pipe, eyes narrowed against the sunlight. “Not enough of us to take it yet,” he says. “Daros is right there. Caution is the watchword. Prick the demon bastards’ toes before you hamstring ’em.” He chuckles. “A thorn can hobble a lion, as I well know.” 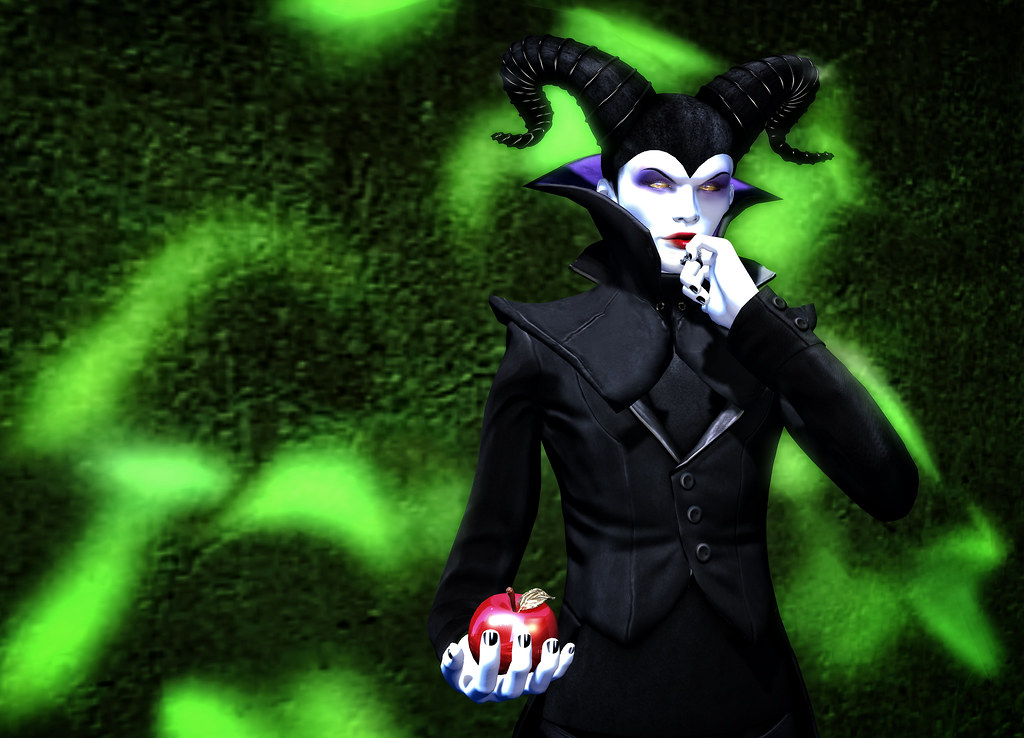 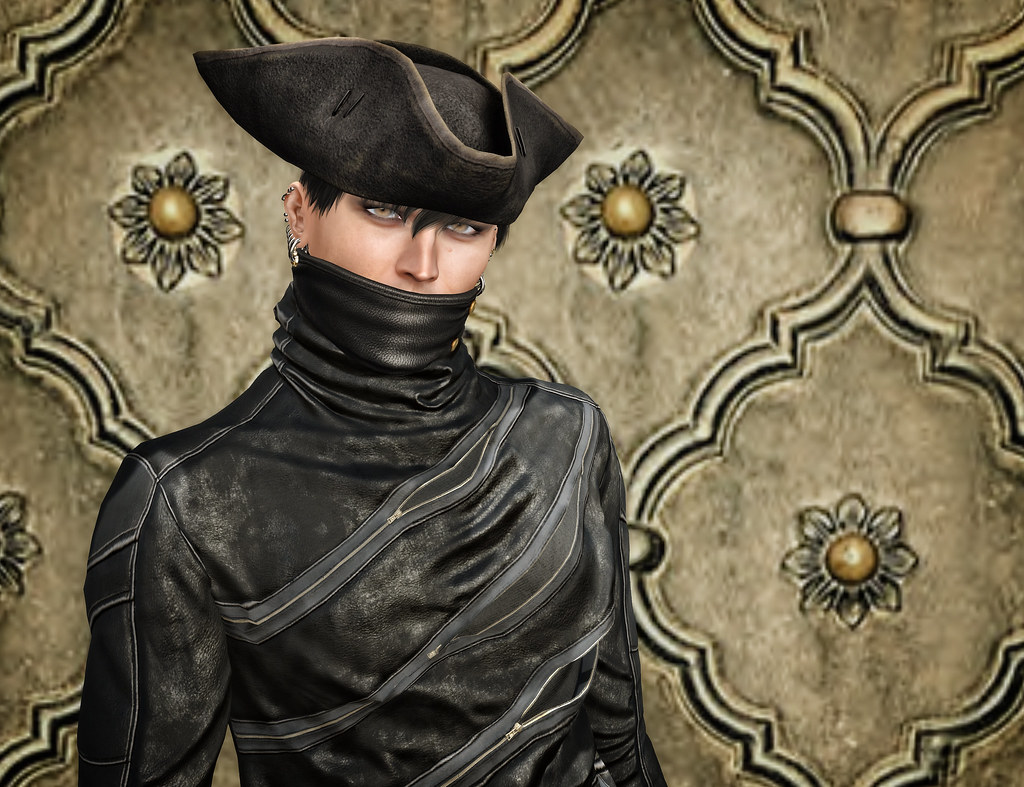 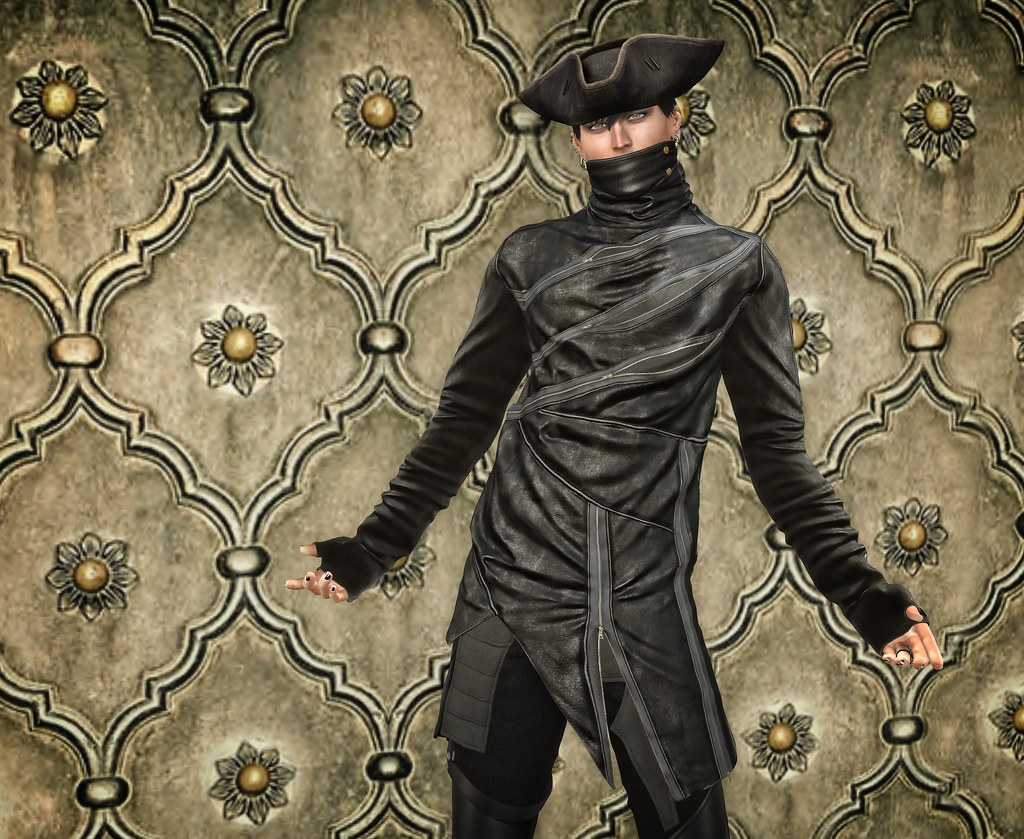 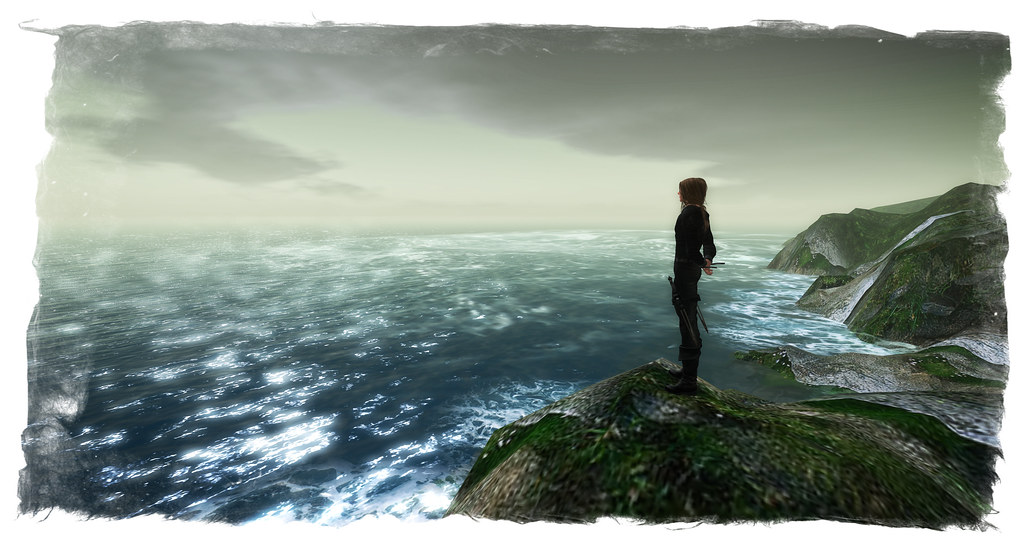 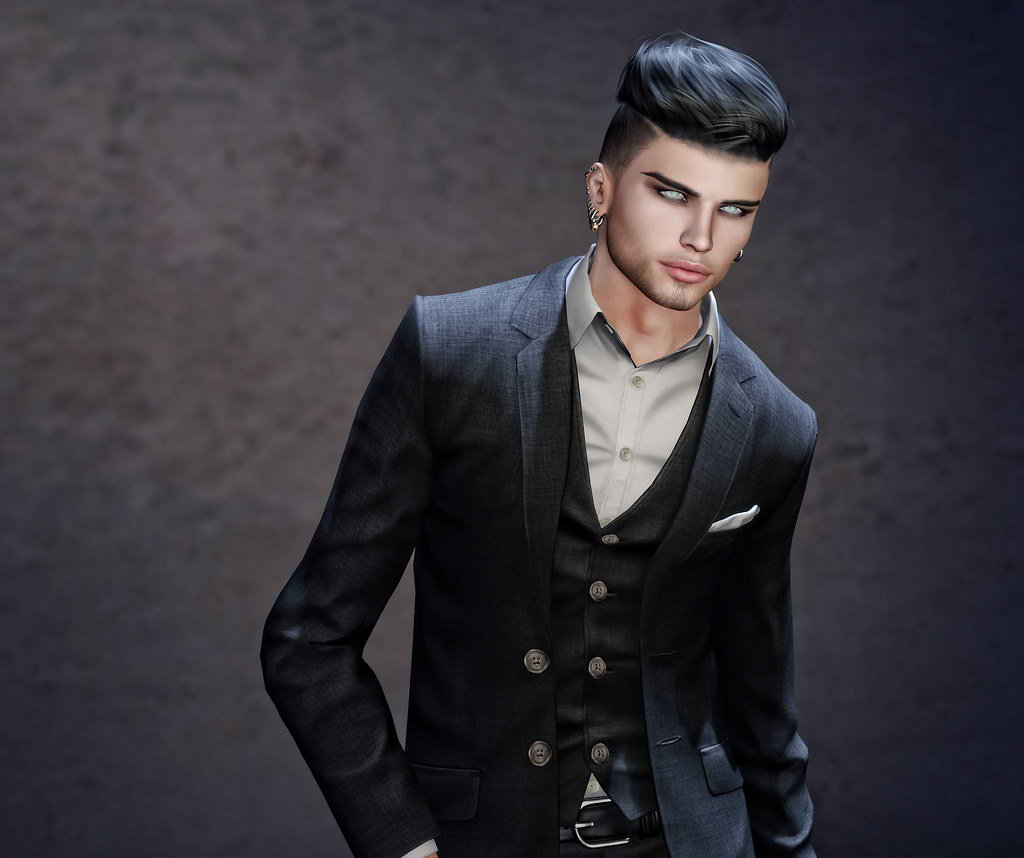 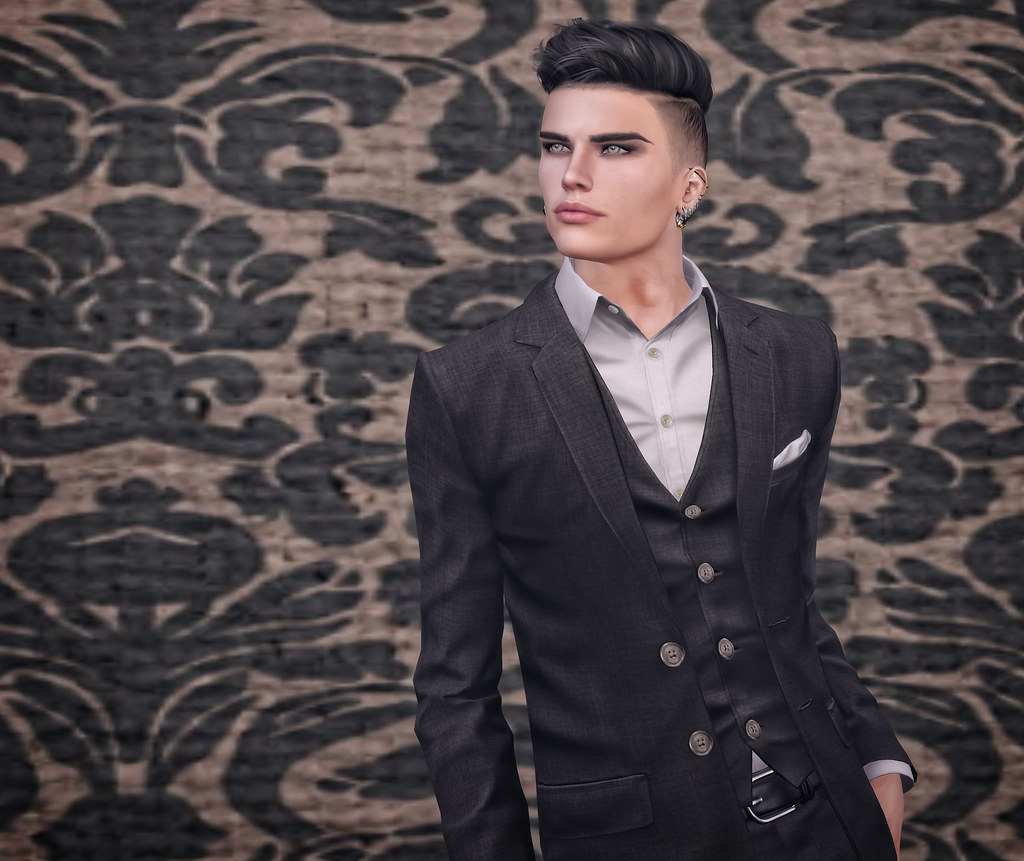 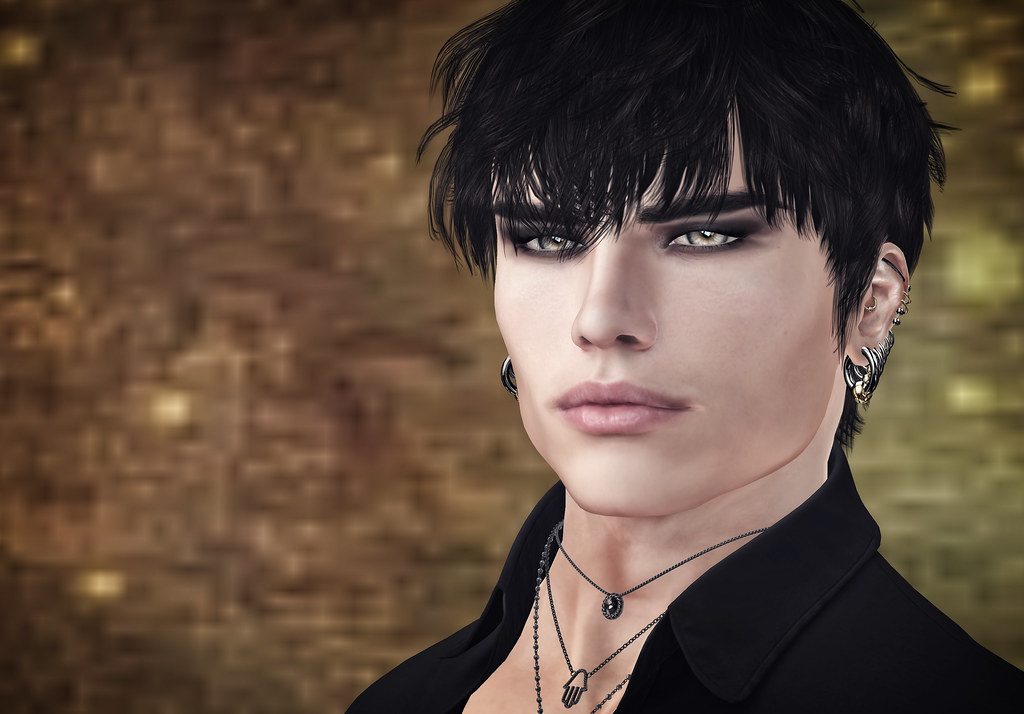